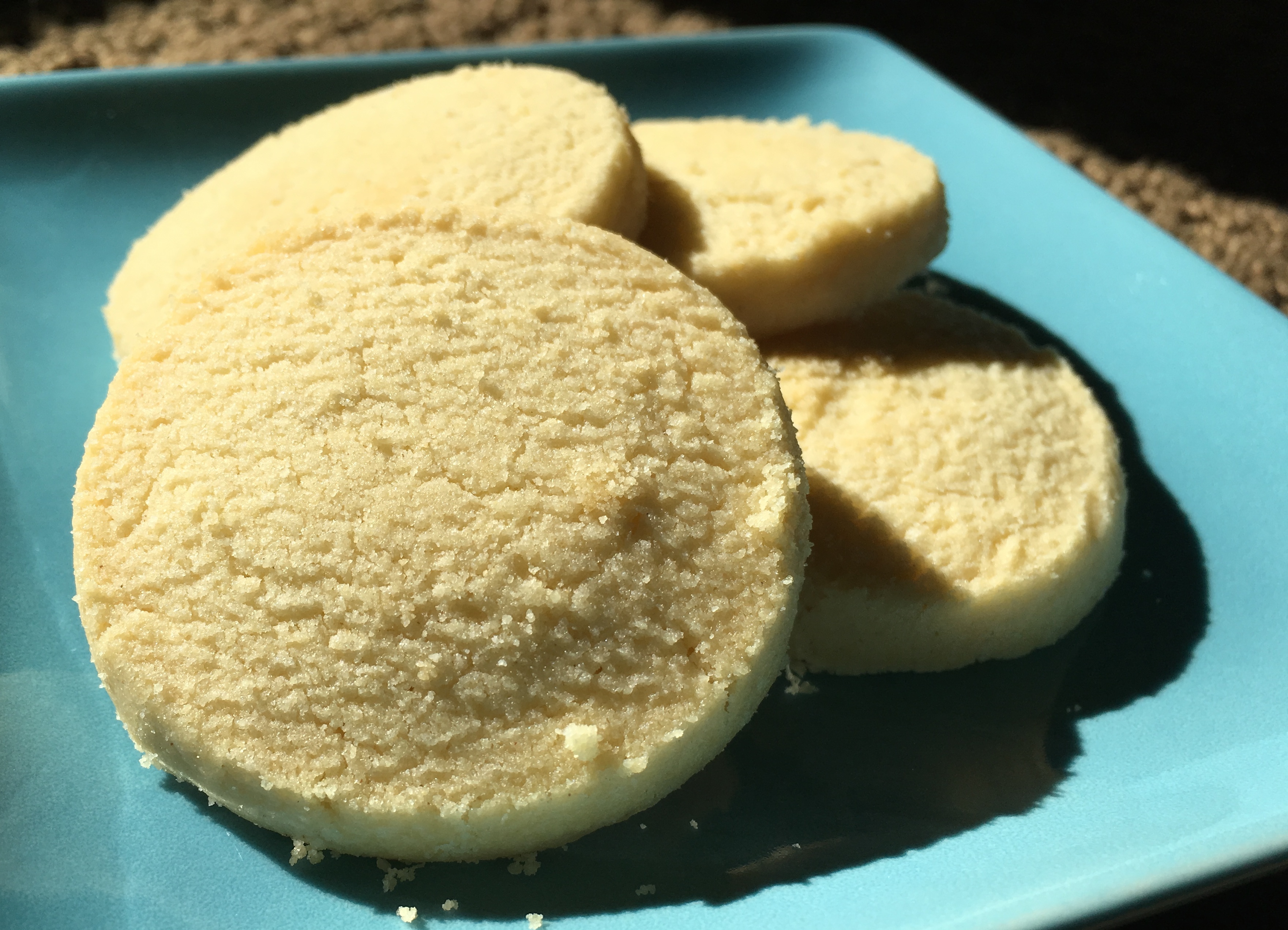 I am always excited to try new food products especially when it comes to gluten free. I am not allergic to wheat but my mom has celiac disease so I’m the official taste tester. I have always been a fan of shortbread. It was one of the first things I learned to make in the kitchen as a kid growing up in Texas. My next door neighbors were English and had just moved back to the states from Africa. Apparently shortbread was a big deal to them. Mine was never very pretty and it got to brown around the edges but we ate every crumb.

This GF shortbread is by Walkers which is my go to brand so I was thrilled to learn that they had a GF version. They taste really close to the wheat version, just a little sweeter and they have a slightly more tender crumb. It was all I could do to keep my husband out of the box until I could get a photo!  If you have a hankering for shortbread, go grab a box and share with a friend because I’m certain you won’t eat just one. Now, where’s my cup of tea.